In the beginning there were no bear clubs, there were few formally organized groups in the earliest days. The bear community originated in the 80's by men who felt that mainstream gay culture was unwelcoming to men who did not fit a particular bodily norm (thin, hairless, gym toned and young).

The opening of the Lone Star Saloon in San Francisco in 1989 is viewed by many as the most significant event in establishing the bear community. Known as „Bear Bar U.S.A.” - and for some people as mecca - gay men tell stories of visiting the bar and for the first time seeing men who looked as they did. Lone star was located in the South of Market district of San Francisco along with other bars in the area, which were primarily Leather bars.

The original Lone Star was closed due to the October 'quake of '89 and opened shortly after in its present location. When the original owner Richard died, it was sold by his survivors to the bar's present owner.

Today's bear runs are an outgrowth of the motorcycle runs of the 50's and 60's.

Originally, Bear had nothing to do with size - they weren't a group of guys that went to the gym but neither were most of them big Girth & Mirth sized. That is evidenced by the early couple years of Bear Magazine where there were many thinner guys featured as „models” in the magazine. Many of the „centerfold models” were just guys that hung out at the Lone Star back then. Common denominator was facial hair and a masculine, friendly attitude. But the simplest definition of Bear comes from that magazine's tag line - „Masculinity Without the Trappings” - a line that was coined by the original owner of Bear Magazine, Richard Bolger. 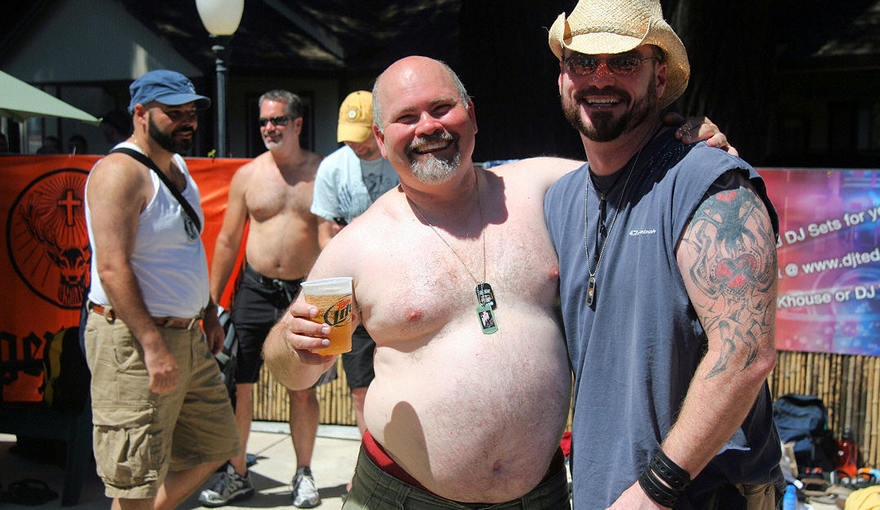 The early Bear gatherings in San Francisco were called Bear Expo. Many of the men involved in putting those on created International Bear Rendezvous so the funds could go to charity. By the mid-90s the triple crown of Bear events was considered to be IBR in SF, Bear Pride in Chicago and Bear Bust in Orlando. Many men traveled the circuit making new friendships and renewing old ones. By that time Bear Clubs were all over the US and beyond.

The International Bear Brotherhood Flag was designed by Craig Byrnes of the Chesapeake Bay Bears (CBB) with inclusivity in mind. The flag consists of seven horizontal stripes (a reference to the Gay Pride flag?) representing the fur colors and nationalities of bears throughout the world. 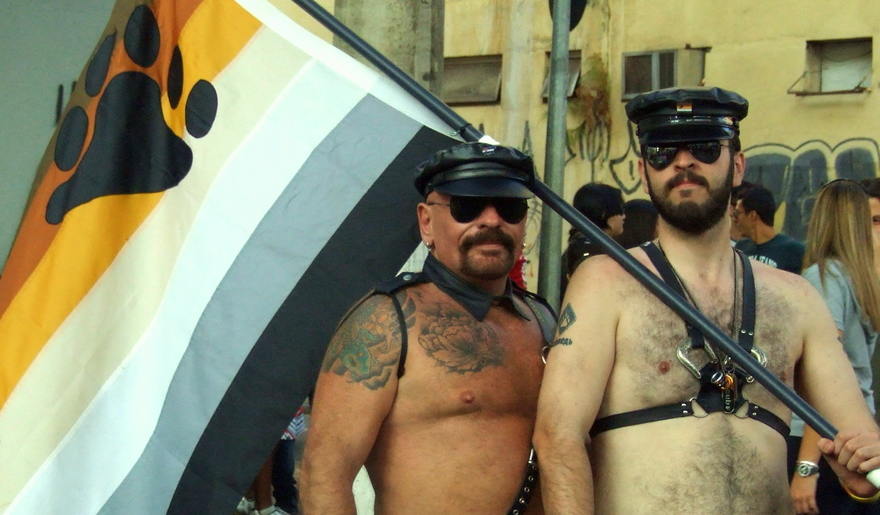 Bear groups tend to develop their own individual flags and symbols to represent them.